Training your pup to bark to let you know they need to go outside and relieve themselves is one of the most practical and useful things you’ll teach them. And it may just prevent puddles on the floor…or worse.

Much like us, when your four-legged friend needs to go, they need to go. However, adult dogs are actually much better than most humans at ‘holding it in’. Puppies on the other hand have to relieve themselves more frequently.

As a rule of thumb, dogs can hold their urine or faeces for approximately an hour for every month of age. That is up to eight hours at around eight months old. Some fully grown dogs can last for 10 to 12 hours but they’ll probably be suffering a bit by that point.

Teaching a dog to ‘ask’ to go to the toilet is relatively easy to achieve but as with most training exercises, it requires patience, repetition and rewards.

This training is only suitable if you’ve already started a housebreaking programme with your puppy or dog. If your pal still isn’t sure exactly where they’re supposed to go pee or poop, then they won’t know how to ‘ask’ to get there.

Also, your dog is probably already telling you they want to go out. This could be sniffing or circling near the door, whining or pacing. Developing a regular routine for letting him or her outside whether they ‘go’ or not is also important, whether it’s ‘just in case’ or implementing a schedule they begin to stick to.

We also need to have your dog trained to bark on command when you say the correct word. This is a teaching routine in itself and one of the fundamentals for training protection dogs, guard dogs, security dogs and police dogs.

Now that your dog is used to the daily programme of being taken outside to relieve themselves, it’s a case of associating a behaviour – i.e. a bark – with the door opening to the outdoor space. When you are taking your dog out on its normal routine, partially open the door (to create the realisation that something else is required to get all the way out), pause by the door and issue the command word for a bark. Excitedly reward with a treat and praise.

That’s it in a nutshell. It might take an adolescent or near-adult dog a week or so to learn the routine. Puppies may take a little longer. One last word – if you have a particularly excitable or energetic dog, to avoid being woken in the early hours of the morning with a bark to go out for wee, it may be best to crate them overnight. 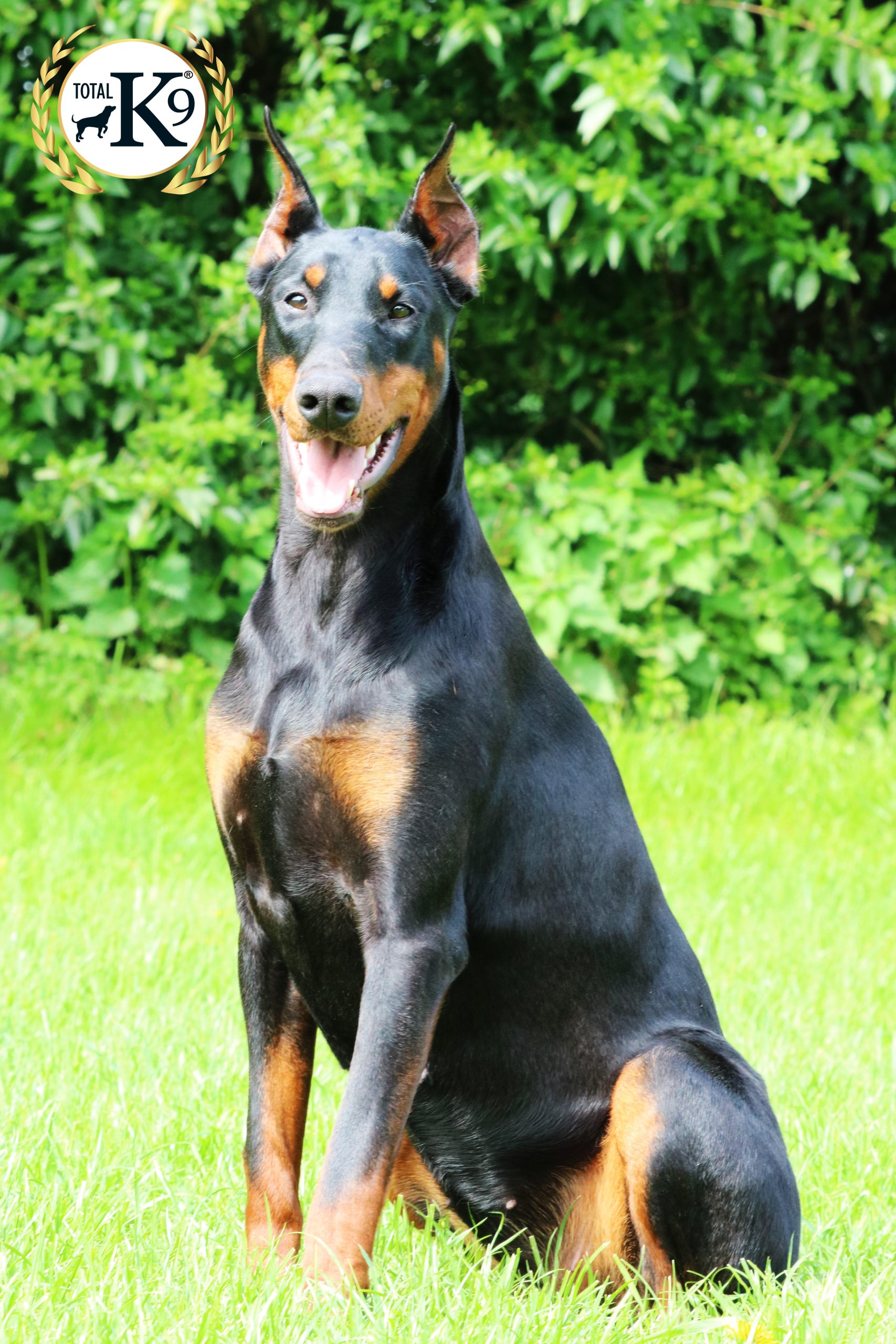